Many thanks to the lovely Jo Barton, for interviewing me on her wonderful blog
Posted by Liza Perrat at 06:09 No comments:

SATURDAY AFTERNOON AT THE CHATEAU 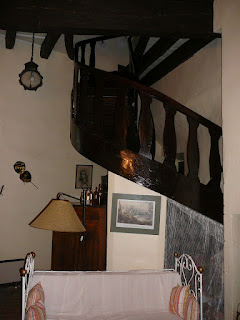 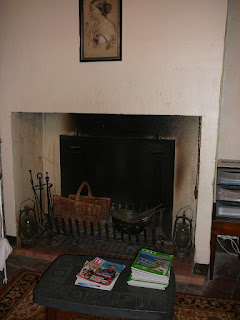 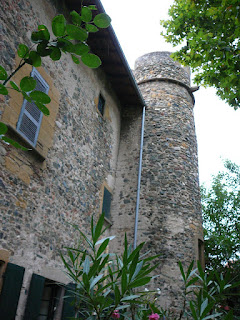 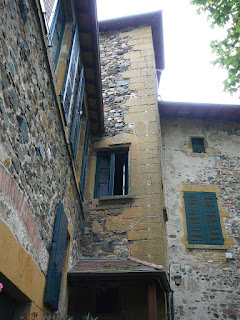 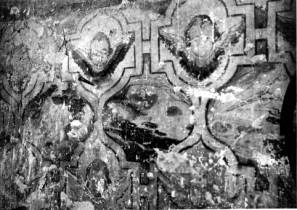 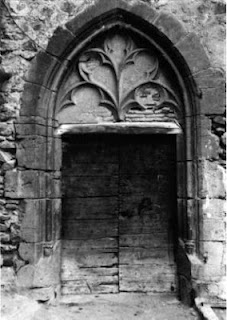 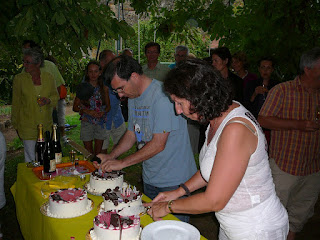 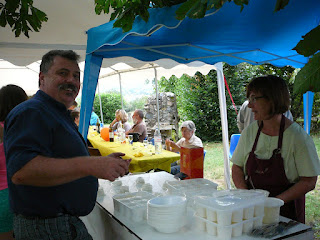 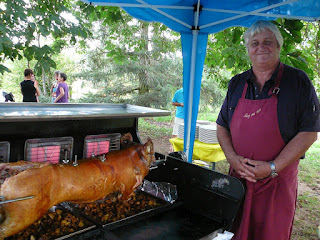 My next book in L’Auberge des Anges series – Angel of Roses – is set in 14th century France, so it was with eagerness and armed with notepad and camera, that I attended a friend’s 50th birthday celebration last Saturday. For this was no mundane garden party; it was to be held in his family’s medieval castle, half an hour west of Lyon.

As I strolled around the lush gardens, maintained by the sole occupant of the castle these days – my friend’s elderly aunt – a glass of champagne in one hand, a plate of canapés in the other, I knew this would be the perfect place around which to frame my medieval tale. My nostrils twitching with the tantalizing aroma of pig roasting on the spit, I could almost see bejewelled noblewomen gliding around the grounds, and hear the whispers of wimpled servants. I imagined sleek horses galloping off through the arched gateway beneath the imposing tower, towards the gently-sloping countryside. I sensed the peoples’ anxiety across the centuries, about the Hundred Years’ War and the Black Death, of famine and tithes. I felt I was touching the past.

In true French style, the aperitif lasted almost two hours, by which time the guests had consumed so much champagne they could barely stagger to the chairs and tables set up beneath the large tent.

Salads of different varieties were served, then potatoes sautéed in the pig fat (forget that diet!), tasty ratatouille and tender slices of roasted pig. Fromage blanc with generous dollops of double-cream followed, the meal culminating in candles, song and cake: chocolate or raspberry topped ice-cream gateau.

His guests sated, our host took us on a tour of the castle his family had purchased after the French revolution. We began in the central courtyard containing the largest well I’ve ever seen, where he attempted to describe the history of the castle. Despite continual interruptions from drunken school friends, with bad medieval jokes, I did manage to glean that before construction of the Château de Sain-Bel in 1109, the village was located next to the parish church, on the right bank of the river. However, when the castle was built on the Montbloy hill, the villagers moved to the left bank to form a bourg castral, huddled within the protective castle walls.

We shuffled across to the rectangular chapel, built between 1473-1476, and gazed up at the medieval beamed ceiling, and around the walls at the vestiges of coloured paintings.

Passing by the ancient kitchens, we climbed the crumbling stone steps of the Colombier Tower. Equipped for artillery, I imagined the people looking out across the vast countryside, for signs of marauding, pillaging troops on horseback.

It was late in the evening when, my notebook bulging, my camera carefully tucked away, I said goodbye to my friends – old friends of today, and new friends of yesterday.

A big thank you to Josie Barton and Newbooks magazine for this lovely review of Spirit of Lost Angels
Posted by Liza Perrat at 00:53 1 comment:

Listen to Libby O'Loghlin read her moving story about the death of John Lennon at Words with JAM podcast today.
Posted by Liza Perrat at 04:54 No comments:

A history lesson of the French Revolution

The reader will experience The French Revolution, in 1789, reading this historical novel, Spirit of Lost Angels. The journey started and ended with the life of the protagonist, Victoire Charpentier, a lowly peasant girl, from Lucie-sur-Vionne, France.

Dire circumstances dictated that Victoire leave her home of Lucie to become a scullery maid for a Paris, France nobleman. Her boss was anything but noble, and Victoire suffered at his filthy hands. Realizing the nobles took advantage of all lower class people, Victoire vowed to change this injustice.

More unfortunate dire circumstances placed Victoire in an asylum. It is here she met her match for obtaining justice. The two women were a force to be reckoned with. Her new partner in crime taught her the aristocratic ways of a woman, so she could be successful when they parted.

Victoire was a fast learner, and applied her new life skills to benefit her during the revolution, to overthrow laws regarding the treatment of common citizens, and women, in particular. She wanted revenge desperately for the nobleman’s class.

Whenever I have read a well written, well researched, historical novel, I’m amazed at the amount of history I have learned from reading a book. Liza Perrat captivated me with quite a history lesson of the French Revolution.

Well-developed characters kept my interest throughout the entire book. I could visualize each character in the beautifully written settings, pleasant or otherwise, revealed before me in, Spirit of Lost Angels. Combined with the hell of the era, Liza Perrat managed to teach lessons of love, hope, and adversity.

I recommend, Spirit of Lost Angels, by Liza Perrat, to readers of all ages. It’s an extraordinary way to learn about France in the 1700’s. 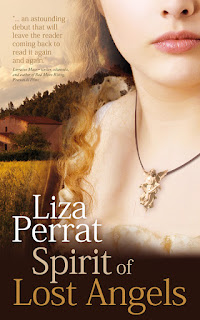 The Indie Authors Daily features Triskele Books today, in the section: 7 Benefits of an Author Collective!
Posted by Liza Perrat at 02:13 No comments:

Much Ado About Angels

Thanks to the lovely Barbara Scott-Emmett for letting me babble on about the angels of Spirit of Lost Angels on her blog
Posted by Liza Perrat at 08:15 No comments:

Interesting piece about our auhors' collective Triskele Books, today, on Joanna Penn's Blog!
Posted by Liza Perrat at 04:11 No comments:

Thanks to Cathy Macleod of booktaste.com Australia for this lovely review of Spirit of Lost Angels, and for featuring it as book of the week

A reading feast every weekend with Cathy Macleod

NOTE this title: Spirit of Lost Angels. I liked the story and also the history. It's rare to find this

combination of good writing and brilliant research. This novel is narrated by the heroine in revolutionary France of the 1770s. Born to a peasant family, she grows from girlhood to become a desirable woman. But she's bent on revenge!

The passion held my attention. There's love and violence and eerie surprises, all with insight into those troubled times.

Author Liza Perrat is an Australian author living in France, which is where she unearthed her superb historical detail and sense of place. The tale begins in a quiet village that is fatally assailed by lightning and progresses to the turmoil and intrigues of Paris. The dialogue and descriptions bring everything alive. Liza has her own author page at Amazon. The novel is available in Kindle or paperback. Its appeal should find well satisfied readers, either male or female.
Happy reading from Cathy! week ending 10 August, 2012.