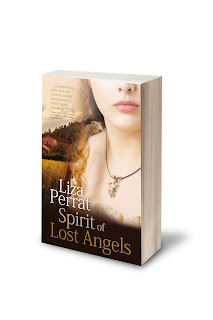 They drowned Victoire’s mother, claiming she was a witch. Then her father died beneath the wheels of a nobleman’s carriage.

Forced to leave her village, Victoire finds work in Paris. But domestic employment comes at a high price and the orphaned girl suffers gruesome abuse at the hands of a diabolical aristocracy.

Accused of a heinous crime, they imprison her in the depraved lunatic asylum, La Salpêtrière.

With the help of ruthless seductress, Jeanne de Valois –– conwoman of the Necklace Affair that brought down Marie Antoinette –– Victoire must find the strength to join the revolutionary force storming the Bastille.

Can she survive a chilling betrayal and rise above her impoverished peasant roots to take her place in this new, post-revolutionary France?

Francophiles will want this one and those who enjoy historical fiction that doesn't focus on royals … Audra Book Blogger, Unabridged Chick.


Listen to a podcast from Spirit of Lost Angels


Buy Spirit of Lost Angels at your favourite retailer HERE

As of August, 2019, the audiobook of Spirit of Lost Angels is available HERE 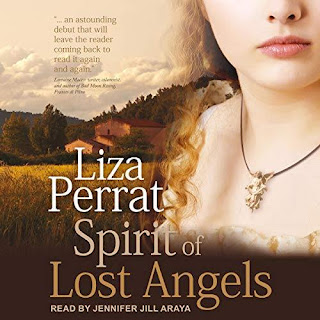 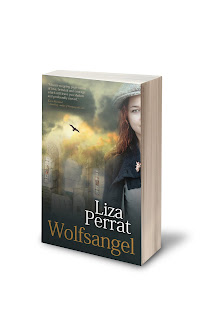 Seven decades after German troops march into her village, Céleste Roussel is still unable to assuage her guilt.

1943. German soldiers occupy provincial Lucie-sur-Vionne, and as the villagers pursue treacherous schemes to deceive and swindle the enemy, Céleste embarks on her own perilous mission as her passion for a Reich officer flourishes.
When her loved ones are deported to concentration camps, Céleste is drawn into the vortex of this monumental conflict, and the adventure and danger of French Resistance collaboration.
As she confronts the harrowing truths of the Second World War’s darkest years, Céleste is forced to choose: pursue her love for the German officer, or answer General de Gaulle’s call to fight for France.
Her fate suspended on the fraying thread of her will, Celeste gains strength from the angel talisman bequeathed to her through her lineage of healer kinswomen. But the decision she makes will shadow the remainder of her days.
A woman’s unforgettable journey to help liberate Occupied France, Wolfsangel is a stirring portrayal of the courage and resilience of the human mind, body and spirit. 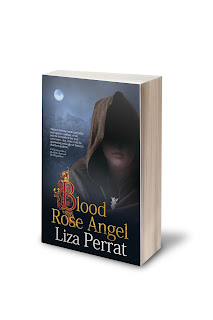 1348. A bone-sculpted angel and the woman who wears it––heretic, Devil’s servant, saint.

Blood Rose Angel, from the spellbinding The Bone Angel series, tells a story of continuing family traditions, friendships overcoming adversity, and how good and evil are too often bestowed on fellow humans in the name of faith––Zoe Saadia, author of  'The Rise of the Aztecs' and 'The Peacemaker' series.
Medicine, religion, and love intertwine in this captivating, richly-detailed portrait of a young woman’s search for identity as the Black Death makes its first inroads into Europe. Liza Perrat uses her training as a midwife and her experiences living in a French village to create a compelling and unforgettable heroine determined to heal the sick in a world still ruled by superstition––C. P. Lesley, author of The Golden Lynx and The Winged Horse

Interview on The Back Porch Writer radio show. 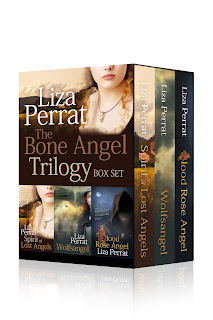