Tomorrow is Bastille Day, national holiday here in France. Due to the current health crisis, we may see fewer fireworks and parades this year, but we will still remember 14th July as the anniversary of the storming of the Bastille, considered the starting point of the French Revolution. 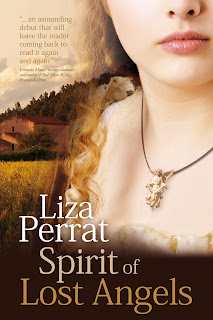 To mark Bastille Day this year, I'm running a week-long 99c/p promotion of my French Revolution novel, Spirit of Lost Angels.
Just click on the title to go to your favourite retail store.

Read an extract from Spirit of Lost Angels ...

.... we continued on, all walking together––the working class rabble of the faubourg Saint-Antoine, the lawyers and clerks, the brewers, drapers and tanners, the coachmen and prostitutes. Scoured by rumour and precarious unease, our numbers only swelled more as night relinquished to dawn. I thought I caught a glimpse of Sophie, Manon and Olympe at some time, but the crowd was far too dense to reach them.

Empowered by the strength of our numbers, I felt my anguish fade for a brief moment, as we marched into the overcast morning of July 14th.

By six o’clock, our seething arms-hungry crowd had reached Les Invalides, and I was relieved when the French Guards peacefully seized the guns, pikes and sabres, and several pieces of cannon from the arsenal within the old veterans’ hospital. Nobody was hurt.

‘There is no ammunition!’ Aurore shouted, along with several others.

Aurore’s eyes gleamed with that potent combination of resentment, patriotism and the desire for change, as the excited mob propelled us down the rue Saint-Antoine.

‘We want the Bastille!’

While their shouts fuelled and thrilled me, they sent bolts of terror through me too, as I moved with the crowd, like some carousel abandoned to centrifugal force, towards the old fortress.

‘Surrender the prison!’ the people shouted, gathering before the Bastille as early daggers of sunlight sheared the dirty brown underbellies of clouds.

‘Get the Governor to withdraw the cannons!’

Two men chosen to represent the mob entered the fortress to negotiate.

By mid-afternoon, when nothing had happened and people were pawing the ground like restless horses, the crowd hacked down the drawbridge chains and streamed, unimpeded, into the undefended outer courtyard.

I heard shouts from the roof. The panic rose in my chest.

‘They’re going to fire on us, quick run!’ I grabbed Aurore and tried to push our way back through the crowd, away from the prison, but we were trapped, unable to move any which way.

The garrison began firing. I shut my eyes and held my breath.

I expected, any second, the hot burn of a bullet would throw me to the ground. Flambeaux blazed, fanning the shrieks of terror and pain as more and more bloodied bodies crumpled around us. Clouds of gunpowder smoke burned my eyes, almost blinding me. I clutched Aurore’s dress, whimpering like a child as we crouched and cowered in what were the most terrifying moments of my life. As much as I had yearned for things to change––for an improvement to the commoners’ lot––never had I wished for that change to wash in on such vast rivers of human blood.


Get your copy of Spirit of Lost Angels HERE 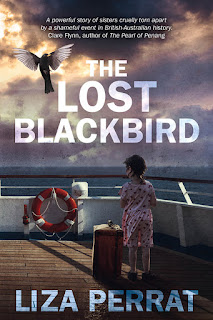 Well after another "challenging" year health-wise, I'm so excited to finally have a new novel, The Lost Blackbird, coming soon.

London 1962. A strict and loveless English children’s home, or the promise of Australian sunshine, sandy beaches and eating fruit straight from the tree. Which would you choose?

Ten-year-old Lucy Rivers and her five-year-old sister Charly are thrilled when a child migrant scheme offers them the chance to escape their miserable past.

But on arrival in Sydney, the girls discover their fantasy future is more nightmare than dream.
Lucy’s lot is near-slavery at Seabreeze Farm where living conditions are inhuman, the flies and heat unbearable and the owner a sadistic bully. What must she do to survive?

Meanwhile Charly, adopted by the nurturing and privileged Ashwood family, gradually senses that her new parents are hiding something. When the truth emerges, the whole family crumbles. Can Charly recover from this bittersweet deception?

Will the sisters, stranded miles apart in a strange country, ever find each other again?
A poignant testament to child migrants who suffered unforgivable evil, The Lost Blackbird explores the power of family bonds and our desire to know who we are.

The Lost Blackbird will be available at your favourite retail store in a few weeks!