Julie, one of the characters in my Aussie medical drama novel, The Swooping Magpie, is referred to as a 'Ten Pound Pom'. While this expression was very familiar to Aussies growing up in the 60s and 70s, others might wonder what it means. "Ten Pound Pom" is a colloquial term used to describe British people migrating to Australia after WWII. Citizens wishing to migrate could do so by paying only £10 for their ticket. The government, who had set up this Assisted Passage Migration Scheme in 1954, paid the rest. Children could travel for free.

The Assisted Passage Migration Scheme was intended to substantially increase the population of Australia and to supply workers for the country's booming industries. The Government promised employment prospects, housing and a generally better lifestyle.

However, on arrival, migrants were placed in rudimentary hostel accommodation and often, as happened to Julie's father, the expected job was not readily available.


The scheme attracted over amillion migrants from 1945 -1972, representing the last substantial scheme for preferential migration from the British Isles to Australia.

Assisted migrants were generally obliged to remain in Australia for two years after arrival, or refund the cost of their assisted passage.


If you'd like to know more about Julie, and the other characters in The Swooping Magpie, you can buy the novel for only 99c/p New Release price at your favourite retailer HERE 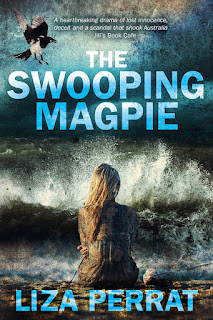