For our Triskele Tweetchat on Tuesday 26 January, the Triskele team tackled #FranceLit.
French writers, translations, setting, language, films, theatre and poetry. Some of the fascinating recommendations below. 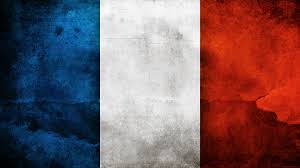 Who Knows of a Better Rock Pool? 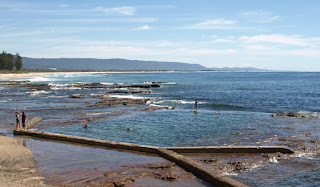 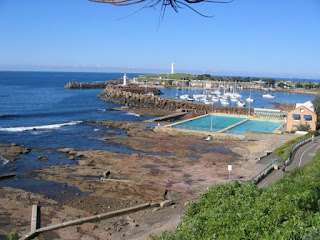 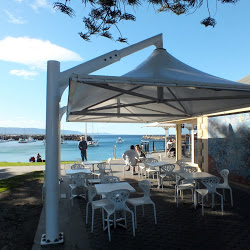 I'm taking a well-earned break from work and writing tomorrow, flying home to Australia for all the great things that country has to offer: best beaches and rock pools in the world, sun, surf and cappuccinos with friends at the harbour.

And since I'll be in the air all day tomorrow: Happy Sainte Héloïse day for Thursday, 11th February.

Héloïse was the Middle Ages saint on which the heroine of the third book in The Bone Angel series, Blood Rose Angel, was based.


Happy Holidays to moi, and here's a short extract from Blood Rose Angel:


The outlaw looked on the birth scene with obvious surprise. A scowl darkened his grimy, sweat-slick face. ‘Christ drowning in merde. What the …?’ He stepped inside, a stench of smoked fish and old ale filling the room, the horsewhip he brandished in one shovel-like hand making unearthly cracks.

Despite the fearsome display, and the sword in his scabbard, a reckless courage flared inside me.
‘Get out,’ I ordered, jabbing a finger at the door. ‘Can’t you see this is a birthing room … a sacred place for women only?’
The outlaw glowered down at me. ‘Bit bold for a woman, aren’t you? Who might you be?’
‘I’m the midwife, and I order you out of this cot now!’ A drop of sweat rolled down my nose.
The room remained silent, save the outlaw’s bellows-like panting, and the ragged breaths of the women and Nica’s boys. The man’s gaze flickered sideways, locked on the newborn. He stepped towards Alix and her baby. ‘What’s wrong with its head?’
‘Nothing,’ I said. ‘He’s a perfect child.’
‘Yes, perfect,’ Poppa affirmed.
‘Looks like the head of the Devil itself.’ The outlaw laid his whip over the baby’s brow, stroking the tender skin with the tip, as if caressing a kitten. ‘Such a monstrous thing don’t deserve to live.’ His scarred face puckered into a grin that could have melted stone.
The new mother shrank away, whimpering and clutching her son to her breast.
‘Don’t hurt that newborn,’ I said, ‘or God will see you straight to Hell.’
The outlaw turned his crooked stare on me. In a movement more deft than a slaughterer’s knife, he wrenched the babe from Alix’s grasp. Jerking the newborn free of his swaddling, he held the bawling child upside down by the ankles.
As the infant screamed, writhing like a trout snagged fresh from the Vionne, the outlaw eyed the cot wall beside him. My insides seized with sudden terror.
Oh Lord no! Blessed Virgin save him.
‘Stop,’ I said. ‘Give me that child.’ I began rocking my angel pendant back and forth before the brigand, stepping towards him until I was level with the black hairs unfurling from his tunic. His eyes widened, fixed on the talisman’s glowing blue and green ones.
I knew the newborn’s life––probably all our lives––depended on not showing him fear. As a woman who’d lived without a man at her hearth for almost two years, I’d learned that terror only fuelled such lawless beasts.
With the soft, low voice I’d used to sing my daughter to sleep, I said, ‘If you don’t hand me the baby, and leave this cottage right now, a pack of wolves will pounce on you as you sit around the fire with your friends, boasting the spoils of Lucie. They’ll rip out your black heart and feed it to the Devil.’
Still gripping the bawling child, the outlaw’s eyes didn’t flicker from the swinging pendant.
‘Give me the child,’ I went on, in my lullaby voice. ‘Pass him to me now.’ The pendant swung back and forth, back and forth.
Still not taking his gaze from the talisman, the outlaw handed me the baby.
As he backed out of the cottage step by step, his eyes still on my pendant, everyone remained still and silent as if staked to that earthen floor. Even the baby, cradled in my arms, was quiet.
Outside, I heard the outlaw curse, remounting his horse. As he cantered away, I let out a long, relieved breath and the women struck up a babble.
From the doorway, Poppa shouted after him: ‘You’re the Devil’s now. By his hairy arse, may you choke to death and go to him soon!’
‘And a cloak of serpents wrap about your neck and strangle the life from you!’ Alix’s mother added.
I swaddled the baby again and as I placed him in Alix’s arms I noticed the gossips had turned their gazes on me, straying to the angel pendant, then––as if they dared not look at it for too long––back to my face.
‘Oh there’s no need to be afraid of it,’ I said, my tone glib. ‘Neither my talisman nor I have the power to curse that man … or anyone else. I only made up the wolf story to scare him off.’
Nobody spoke. No one moved.
They can’t be as stupid as that thug … surely they believe me?
‘It was all lies, don’t you see?’ I let out a nervous half-laugh. ‘To stop him murdering Alix’s beautiful boy.’
‘But he believed you.’ Poppa’s face crinkled into a hesitant smile. ‘And by the Virgin’s milk, truth or not, that’s what counts, doesn’t it? A brave heroine is our Midwife Héloïse!’ Gnarly fist raised, she looked around at the women, as if inciting them to agree with her; to show their comradeship.
‘Hear, hear,’ the old mother said, a bit half-heartedly.
‘Thank you for saving my boy,’ Alix said.
‘But how can we be sure it weren’t no lie?’ Nica’s eyes narrowed, glittery with distrust. ‘You know what they say … the better the witch, the better the midwife.’