The French village in which I live originally inspired me for the first novel, Spirit of Lost Angels, of my French historical trilogy, The Bone Angel.

An exhibition in a museum in Saint-Martins-en-Haut, a neighbouring village, gave me the idea to base the second novel of the trilogy, Wolfsangel, around the French Resistance to the Nazi occupation during WW2.

I realised that this region, like many others in France, was a hotbed of French resistance. During my research, I was fortunate to speak with several members of the Resistance, who were only too happy to relive their days of fighting for the liberation of their country.

But for further information, I consulted both fiction and non-fiction books on the subject.

on the Triskele Books blog, here are six of my favourites 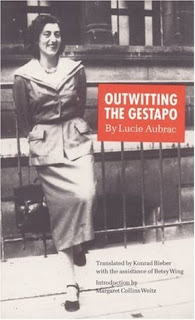